Home / Company profile
ALCETSOUND has been specialised since 2004 in bird control of species, like pigeons, gulls, starlings, crows and geese. We deliver acoustic, mechanical and optical bird repellent systems for the industrial, agricultural and civil environments.
The most advanced tools are our sound systems. With these, use is made of natural alarm sounds of the species to be chased away, as well as the call of natural enemies, such as predatory birds.

You can install our materials yourself or leave that to the ALCETSOUND technicians. We also offer custom solutions. A great example of this is building sound systems into the vehicles of the birdwatch at Schiphol and Rotterdam Airport.

Also against nuisance from wildlife

Our sound systems are also suitable for chasing away wildlife (rabbits, hares, deer and wild boar).

ALCETSOUND has been active in bird repelling since 2004 with a revolutionary new sound system. Our first customer was the Philips Fruit Garden. The Fauna Fund (part of the Ministry of Agriculture) extensively tested our equipment then and repeated this test in 2005 on a larger scale. The function was thus reliably demonstrated. See the results here.

Shortly thereafter, ALCETSOUND delivered the first sound system to the bird control group at Schiphol Amsterdam Airport. That system is still in use on some of the vehicles there today. Then followed the large customers from the industrial sector, such as VDL NedCar, Bridgestone, etc.

Today, ALCETSOUND still delivers a great deal to businesses and the agricultural sector, but private customers who have troubles with pigeons and gulls have been added. Next to sound systems, we now also deliver strips with spikes and (optical) bird scaring devices. 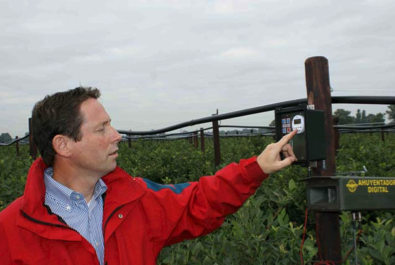 The nuisance from birds is a great problem. The damage that they cause runs into many millions. In an urban environment, bird droppings cause damage to buildings and incur extra costs for maintenance and cleaning. In the agricultural sector, among other things, birds cause failures of harvests and losses in fruit cultivation and farming. Birds also endanger flight traffic.

Birds are especially damaging for aviation. Apart from traffic safety and aircraft accidents, the economic damage is enormous. This is estimated worldwide at one to two billion dollars per year. In addition, the environment suffers from bird collisions because an airplane has to dump fuel when this happens.

Gulls also cause increasing damage and nuisance in cities and around garbage dumps.

Reason enough to fight bird nuisance professionally. ALCETSOUND is completely specialised in this. With us, you have come to the right place for chasing away any species of bird.

All rights reserved by InStijl Media